The cold I brought back from Vietnam has been a pain. The odd sniffle and sneeze aside (which is more a distraction that a hindrance) it is it's ability to absolutely sap the energy from you in even moderate heat which is frustrating as hell, even if it is also slightly admirable.

In between these bouts of lethargy however I have still been putting in a shift. I am walking more places, investigating side streets and alleyways looking for photographic opportunities. Some days I tell myself that I wont take photographs that day and try to leave thc camera back at the hostel, but this never works. Most days I take a day pack with me as it's an easy way to carry what I need without my pockets rammed to the brim forcing me into a John Wayne walk. With a bag I still have my wallet, phones and insulin pen fitting into my pockets comfortably, but I can more comfortable accommodate things like an extra insulin pen, some dextrose tables and a blood testing meter for the day. Sunglasses, hat and perhaps a light shirt in case I find myself in a place with overly efficient air conditioning are also now easily accommodated, and I might as well throw a camera in there too, plus an additional lens or 2. Would be easier with a second  camera body in there also and some spare batteries and a portable charging set up just in case. Travelling light isn't easy or even possible it seems but on the plus side if anyone tries to run off with that bag they aren't going to be getting anywhere fast. 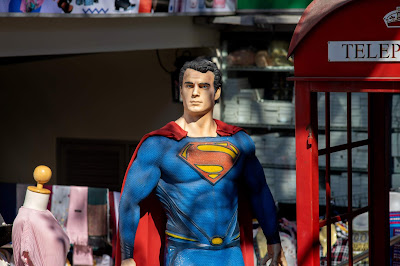 One of the things I have tried to do the last few days is get images that I like rather than just those I thing are correct or fitting, although sometimes these things do marry up. There have been times recently when images I have taken must have had a big element of luck to them, but at the same time you do wonder whether there is an element of just being almost embarrassingly well tuned in or hyper aware. There is the colour matching situations where a certain colour or colours will match with others in the frame and too often to be purely chance, but at the same time I can't claim to be actively aware 100% of the time that that is what I am picking up on. But I think when you get into the right frame of mind there's a chance that it becomes second nature. On previous travel trips I have often remarked that for the first month, photographically I get very little of note. After that however something seems to click. I think here, there are occasions where things have just fallen into place and clicked when i have. This might be a landscape visible through the window of passing car, a gate on a van passing front of your subject at a particular time, or an eye looking though a minute space that has passed between the camera and the subject, however unlikely this might seem.

This of course could be for multiple reasons. It could be because I have found myself enjoying everything more again in recent days, but that enjoyment could just as well be derived from the fact that stuff just seems to be working. After reviewing some of the images I had taken in the 3 previous weeks I could see what had worked and what hadn't, and whilst it's still not clear how I'm going to get  everything working for maximum effect, I think it is clear that a lot of work has gone into getting a lot of workable images which I should be able to sculpt into a strong body of work overall. Everyday I edit the images from the days before, shortlisting the best and then working on those first in Lightroom and the Photoshop to get them to a certain standard. This process takes anywhere between 2-3 hours depending on the number of images I've shot over a period. On many days I overshoot, take too many images and give myself a larger workload than perhaps others would. But the cost implication on this run is time alone. I am not paying for film or the number of clicks that I have used in a day and the number of images is perhaps a reflection of my fear of not having a enough images to flesh out my final project significantly.  With Bangkok being over 6000 miles away from home, there will be no chance for re shooting after I leave here.

But I'm 80% confident of what I have shot and that's 80% in the bag already which might yet be enough.  It is a deceptively large bag after all. 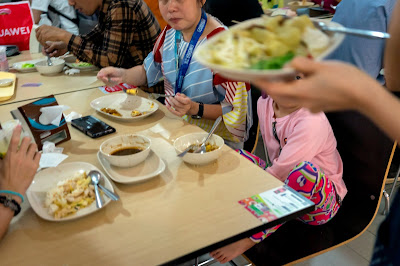