That's settled then, I'm going back in to Bangkok. It appears that I might actually be obsessed.

After the now usual period of procrastination and over thinking, I flipped the switch and booked the flights. It took me all day to research and compare, to weigh up the departure times and arrival times of both outward and return journeys, but by the end of the afternoon today I had committed myself to going. First the flights were bagged, then the 3.30am coach to London Heathrow was organised and finally my trip insurance with medical declarations declared was done. The holy trinity of travel was complete. In a weeks time I'm going off to do a project.

Mostly I will be basing myself in Bangkok, but being somewhat of an old hand at this now I have factored in enough time to escape if I need to, for a few days at least. I love the city and the energy that pulses through it, and it's this aspect of Bangkok that I am hoping to be able to capture photographically during my time away. The heat there can be oppressive and the weight of the air overbearing, especially at this time of year, especially for a man in my condition.  I am expecting to struggle with a few aspects when I arrive and I plan to give myself a few days to acclimatise and reacquaint myself in familiar surroundings to get bedded back in. After time away there's going to be a period of readjustment and after a 17 hour flight plus the additional travel either side, it seems wise that I take things steady rather than rushing straight in at full throttle again. I can't afford to make myself ill. As I type this now, the part of the U.K I am in is basking in all of it's 3 degrees glory. Bangkok itself is sitting at a more relaxed 26 degrees, but it is only 3:41am there, local time. In the daytime at the moment it seems to be hitting the low to mid 30's and I know again from my previous journeys that as we go into the next couple of months, that temperature is only going to rise. But thats no reason to contemplate giving up, giving in.

I found my old packing list from 2013. I used this same list again in 2015 and now in 2019 it's third time lucky. There are things that I know from experience that I don't need to take. A money belts for example is mostly a useless apparel (except for the holster types which are still good 70's cop props) and a heavy hammock will have little use in the city. There are items listed that in all honesty I would probably have packed anyway in the next few days but it's still useful to have that reminder incase something did slip my mind.

I have requested the usual Doctors note to cover the medication and equipment I will be carrying due to still being a type 1 diabetic and as usual I am packing more that enough supplies to cover any accidental breakages or mishaps that may happen along the way. The nice thing though is that even that I have given myself only 7 days to get everything sorted before I fly away once more, I know that Bangkok is a place that I can get supplies if needed. If something is misplaced, forgotten or lost with the possible exception of some of my more important medical items, there will be the opportunity to get a replacement.

One of the most important things to do now is to get a full understanding of what I need to do when I am away. This photography project forms the majority basis o the final year of my degree. The qualification that I have put my life on hold for (and may have taken a bit of a kicking during), will hopefully open more doors if it all goes to plan. This isn't just a bit of an adventure, although I would be lying if I was to insinuate that I'm not relishing the challenge of doing what I'm doing at this particular time. Whilst I am away I will be working on producing the best work that I possibly can for the 2 final modules of this course.

Perhaps it would have been easier to sit around the campus and expend my energy there. The are some people that think that I am a little bit nuts for doing this sort of thing at this time, especially given the time constraints that we now have left open to us. In 11 weeks we have to have everything complete. Everything done and dusted. I could have sat tight and just produced some work I'm sure, but would it have been anything that I would have been happy with?

I have always felt that I was more productive, had more energy and more drive when I was in parts of Asia. Now I'm going to put that to the test.

The important thing now is that I don't miss that stupidly early bus. 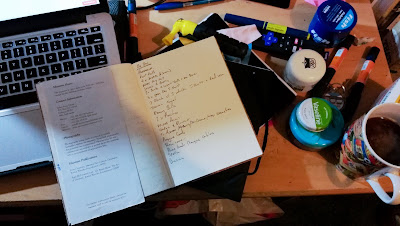 Posted by James Aitken at 21:51 No comments:

I've got just over 3 months left until I (hopefully) finish the photograhy degree that I embarked upon in 2016. It's been a slog, life has frequently got in the way but now, the end is near, and so I face, the final front curtain shutter.

I need to do something to go out with a bang. To make the last 3 years worthwhile. I'm not ashamed to admit that I find life in the U.K a bit of a chore, the winter months in their subdued light drag by ever more slowly and my enthusiam for anything other coffee and sleep (naturally uneasy bedfellows) mean that I generally feel that I'm not in the best place to end what I'm doing with the kind of flourish one would like.

So I've come up with a plan/really, really loose idea.
It's one that I'm not sure is going to work. Money is going to be tight and this trip isn't going to be like the others. This will be about getting an assignment done. Perhaps more than one. There are people and places that I'm going to want to go and see but likely won't be able to. I will be spending as much time at a desk working as I'm out exploring and taking photos and will probably be based in just a couple of locations.

Did I mention that I am 3 years older, 3 years less fit and 3 years heavier?

So while I may have had an idea, I'm still not overly convinced that it's a good one.

It could be a disaster, or it could be 24ct gold.