It was over five years ago that I first thought about teaching English in a country other than the one that I had been born in, or had the experience that would eventually lead to that idea.

That day (Sunday 27th October) I had been recovering after travelling through Cambodia on a group tour. I had been spending some time just wandering in Ho Chi Minh city with my camera in hand, taking in the sights and the sounds of somewhere new before being approached in one of the parks by a few people who wanted to practice their English. What started out as a small group turned into something a bit larger in only a short period of time. I helped them with their pronouciation of words, and they passed on tips about staying safe in Saigon. It was an enjoyable experience and one that seemed like a worthwhile use of time and it was great to feel that I was helping people directly for a change.

It was very different from the jobs that I had been used to doing up to that point. It wasn't being worked to meaningless deadlines, ticking meaningless targets off a meaningless spreadsheet. It wasn't closing off a project ready for the next almost identical project to start immediately after. It wasn't work to me obviously, I was travelling at the time, just experiencing new things and heading towards the big Four Oh, but that wasn't to mean that it couldn't be work at some point. It was enough to get me thinking about the future.

Back in the U.K early the following year I settled back into a job and went about saving up for another trip away. During this time I put my life on hold, spending an inordinate amount of time in the gym on evenings and weekends in order to stay fit for the next adventure. I completed a 120 hour online TEFL in order that I could at least try a short teaching break when I was away to see if it an I were a decent match. I would travel for three months before in order to acclimitise to the different environment before embarking on my evaluation period, but unfortunately just before this was due to take place, I suffered a fracture in my foot whilst in Myanmar and upon getting it checked in Bangkok, decided it was better for me to withdraw from the placement and rest up for a bit to try to let things heal.

After I returned I carried on thinking. In order to work in some of the countries which I had been drawn towards, a degree qualification would either be deemed to be beneficial or a a legal requirement. To this end I embarked on one in a subject that followed my interests, a tool for storytelling and one that I found a little dark humour in given my eyesight issues in the past. At the end of this period I have now achieved a BA (Hons) qualification in Photography. It's taken almost 3 years, but I am now a Bachelor of Arts.

The problem is now is "what do I do with it?"

Five years has passed since that original encounter in Vietnam, a lot of water has passed under that bridge. I would be lying if I was to say that I didn't feel that passage of time. I feel older, perhaps less energised than I was and I am no longer sure of the path I should take.

The other thing that has muddied the water is that I have turned into a bit of a photographer. The final project I completed on my course was undoubtably the best module that I undertook and it is one of which I am a little bit proud, receiving positive feedback on it overall. I feel that I should be trying to carry this forward also, but again I'm not entirely sure the best way to go about it.

There could be a way to marry the two together somehow of course. Perhaps there is a job out there that would benefit from my particular set of skills. I will have to see if anything that fits, and if so find a route that can be taken to it.

I still feel I need to go somewhere. There's still stories to be found and perhaps re-told.

And if it happens you can all come for the ride. 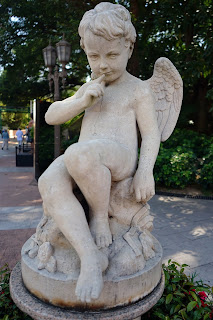 Posted by James Aitken at 22:45 No comments: