finally I have started to think about "the next one"

it's been a while coming.

This year has mainly been saving and having to deal with family drama's and trauma's, and when the latter of those things occur, it tends to take the wind out of the sails. But now those winds are picking up again.

I've been doing an online TEFL course (teach english as a foreign language), and although I don't intend to teach english as such,  it's a form of self development which I think I could probably benefit from (hence self development), and I would argue that you never know where or when these things may come in handy. .........I do know however that that's probably too many dots.

But as I say, it's early days as far as planning goes and I'm sure that this post will get re-written and clarified over the next few days as the ideas start to formulate with regards the destinations and durations that might be involved. As of yet I really do have no idea. The east again is the prime candidate as I would like to see more than I managed last time, due to both my personal physical limitations and to outside forces of nature, but exactly what "more" consists of.........well, I guess thats yet to be decided.

I think I have one more big trip in me! 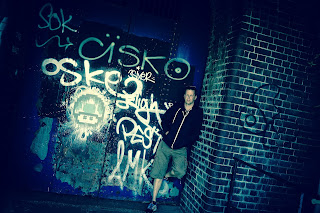 Posted by James Aitken at 21:28 No comments: