I wait to board.

My shaking has finally worn itself out I think.

I will sleep tonight, it's been a mad 2 days.

Thanks to all that got me here

I awoke early, grabbed a cup of tea and a banana and set about picking up from where i had left off the day before. Thank god for lists.

I had spent the last day sorting and packing not only stuff for this trip, but stuff to discard from home. It was mainly clothes that could go off to recycle, i had dropped a bit of bulk in the last year or so there was plenty of items being offloaded. Sort, discard, pack.

Barring a couple of distractions, that was basically how it carried on until time came for the off. I said goodbye to my dear mother, told her I'd back Tuesday and she broke down in tears. "Make it Wednesday" she said, we're busy Tuesday, it's singing. I think I may have scared her.

The trip to Heathrow was better than I had initially hoped thanks to a dear friends offer of a lift which i eventually succumbed to, partly due to running myself into the ground packing humbug mints and Double Deckers. I had been fortunate to receive many offers of transportation but you do start wondering after a while if people are really that desperate to make sure you go. I had been initially planning to take the national express coach on the hokey leg of the journey, but eventually it became clear that I was quickly running out of time so a lift it was.

i carried my bag through to check in, the thing weighed a tonne* and I was trembling with nerves. Check in was relatively smooth with just the one eyebrow raised at the fact that my next flight after Bangkok was from Singapore 2 months later. but all is well. So with newly printed boarding pass in hand and my heavier bag taking the express route to hold central, I went in search of the security line. It was easy to find, harder to miss, ooh ooh ooh I went joined the conga. nobody was dancing.

After security i started to calm, grabbed some water, glucose tablets and few other supplies from one of the shops, took a breather for 5 and rearranged my bag a little before heading down to the departure gate, turned off my phone and boarded the Quantas flight to Dubai.

Nerves were back. I moved town the plane until I found my seat located just behind the wing in the middle of plane, aisle seat, lovely. I chucked my bag in the overhead locker, sat down and waited until eventually the order was given and the doors were locked. The seat next to me remained empty, which meant I had exclusive access to grip the hell out of the armrest to my right if I felt the need, the need to squeeze.

After being introduced to Aussie pilot 1 the plane started to move and we were treated to the standard pre flight safety video. The air stewardess's illustrations mirroring the little people on the video screen on the headrest in front. In my mind however the associated voice over was unfortunately being substituted for Tyler Durden.

I also guess that it's a little wrong that they make the bit on the video about using the big bouncy slide look like so much fun, it may have been in inappropriate time to giggle but i,m putting that one down to the fear.

The plane came to a halt and Aussie pilot 2 informed us that there could be a small delay of around 15 minutes before take off due to 6 planes lining up in front of us. I watched us slowly trundle along the runway, the headrest screen displaying a live video feed from a forward facing camera mounted on the tail. I hope they kept the receipt, it all looked a little blurry.

Our turn arrives, the engines roar and i feel myself being pushed back into the seat.

"Holy shit" is all my mind comes up with. my first flight take off I've really truly experienced and that's all the bugger has to say!

Accurate portrayal of my emotion? Absolutely

I watch on the screen as the nose raises, pointing the way for the rest to follow. It's exhilarating and scary. I feel the plane drop and I look around to make sure no one is floating like you would see in one of those astronaut training videos. It's all OK. Probably just levelling off. It happens a couple more times before the view of London disappears from my video feed, replaced first by cloud brushing over the wings then nothing but the clarity of the night time sky.

I start to relax again.

I need water, make it straight, its going to be a long night. My sugar levels are slightly elevated along with the rest of me.

Posted by James Aitken at 17:39 No comments:

Some people spend their whole lives listing from one to another, but I have come to loathe their very notion.

In the last few weeks I have written a lot of lists covering things to buy, obtain, chase and prepare, none are ever finished. They each shout "you have failed".

A new fresh list is then created from the failures of previous lists, along with a few new items to portray the feeling that your not just going over old ground. This list will also not be completed. As James Earl Jones never said in the lion king, it's the circle of lists.

So lists are evil, but like a list junkie searching his next hit, I know I need one right now.

Tomorrow I start to pack. I know that without the list to hand, halfway to destination a,b or c the little Paul Daniels guy who lives in my mind will whip off the black memory block sheet he has had draped over at least one important item.  The inside of this sheet will fleetingly show four letters, which I must refrain from using in  public.

Lists have the power to influence and control everything from emotion to actions and lots in between which I'm not going to write. A final 2 finger salute to the listings on this page. 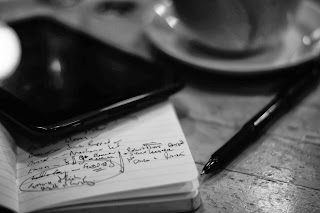 Posted by James Aitken at 23:46 No comments:

3 days to departure - Bin there

The Ted Rodgers salute is projected into my mind, in slo-mo of course, just to emphasise the fact that time is running short.

Few more little things bought for my travels including a couple of name tags for my luggage bag and another money belt for around my waist for when my single 70's US cop style money holster just doesn't cut it. If only I had planned this a little better I could have cultivated myself a proper Magnum P.I moustache.

maybe I can buy one when I get there.

I have ordered a small amount of currency for some of the countries that I'm planning on journeying to, but even though it only equates to around 58 pounds, 2,000,000 Vietnamese dong seems like an excessive amount to be packing.

Whilst on Dong's (Google with safe search on kids), research tells me there is a place in the Lam Dong region of Vietnam called Ding Sait where every man, woman and child bears uncanny resemblance to the late, great English actor Lesley Phillips.*

My mind portrays the image of Ted again, I guess It's a prompt for me to get out there and sort my last few things. I'm after the holiday after all and not that damn Dusty Bin.

Guess I should thinking about pa(ni)cking now right Thomas? 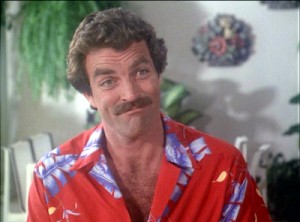 *could contain elements of mistruths.

Posted by James Aitken at 10:03 No comments:

4 days to departure - if it changes then you'll stay like that!

Bit of a non event today, still feeling the effects of the injections the day before.

Looks like I've finally managed to get the Dr's note I was after to enable me to negate customs "glove" free, it awaits collection along with the additional medical supplies that I requested. Fingers crossed that this is all sorted now.

Hope the wind doesn't change, could do without getting cramp.

5 days to departure - what crisis?

Suddenly the element of doubt had snuck in.

Am I doing the right thing?

First port of call this morning was the Dr's surgery for the second of my hepatitis b injections. Whilst there the rather lovely nurse managed to sweet talk me into also having a flu jab as their
supply was now ready. I apprehensively agreed. Apprehensively because in the past I have suffered from adverse effects afterwards.

Today was no different.

After the injections i gathered a few things into a small bag and made my way via bus the relatively short journey to Bristol's Temple Meads, then furthered my travels via train to Cardiff where I intended to do a few little things before meeting some family members for a spot of lunch in the bay area of the city.

First task, go to the bank to;
A) clear off a small amount that was residing snugly on my credit card (failed. Needs a further call to the card services to see why it couldn't be paid).

B) receive some verbal abuse from the rather lovely lady (seeing a pattern) with whom I spoke to notify the bank of my intention to travel to the destinations in mind, hopefully avoiding my card getting blocked the first time I use it away from U.K shores.

I explained light heartedly my travel plans,  dropped in mention of mid-life crisis and how the idea had been gnawing away for a little while before I finally baulked, booked my flights and quit my job. Eventually we hit the standard security questions.

1-0 to the rather lovely and quick witted lady in Cardiff, I'm definitely out of shape.

Post lunch I made my return journey back to Bristol. I felt weary after a mere 3 hours or so travelling on public transport and thoughts turned to the task I had set myself of not only traversing around South East Asia, but the more immediate trip from Bristol to Heathrow to Bangkok that was looming into view over shortening horizons. This was going to hurt, no bloody question.

Fast forward 2 hours, I found myself wrapped in layers, sweating, shivering and generally suffering all the effects of full blown flu. Now it's apparent why the journey today was a little hard going. That little jab gets me every time.

So, the question remains, am I doing the right thing?

To steal a line from Blazing Saddles;

Still tweaking in preparation for the off. Letter from Dr's to cover border and airline checks still outstanding along with a few other bits and bobs which will need be resolved in the coming days, no panic. Small, travel friendly quantities of shampoo and hair wax purchased. I suspect there may be enough there for at least the right side of my hair to be cleaned and styled nicely, the left side will just have to wait until I can get supplies when I find my feet in Thailand.

Still no idea how they ended up there.

Posted by James Aitken at 17:12 No comments: