By the time the flight from Auckland took off at 18:50 on the 29th January I had already been on the go for over 12 hours. Bags had been packed, airport had been travelled to, goodbye's had been said and after checking in my backpack, I had taken the time to pick up a new set of headphones and mints for the journey ahead. Mint's to throw at screaming kids, the headphones as backup in case the mints didn't work.

The first stint of the journey was from Auckland to Melbourne and the leg room afforded me was spacious enough for someone of 5ft 9 or less. At 6ft 1" I had enough room sit up in a relaxed position, but not enough to stretch out and get really comfortable, looking on in envy as those that were able to contort themselves into positions to enable them to sleep. I just sat there, fixed in my upright position watching "Wreck it Ralph" on the 10" display in front of me, headphone jack carefully pressed just less than fully into it's socket to enable sound to be piped into each ear. When the jack was pushed in fully the sound would only come through to the right ear. When the person in the seat in front jolted his seat my jack would become displaced sound would be lost until I pushed my jack back to the same balanced position as it was before. Through no fault of his own I started to dislike the man in front.

After 4 hours we landed in Melbourne and I went through the same security process as I did at Auckland, laptop out of the bag, belt and wallet into tray and then scanned and re-pack. Not sure why they need to do this at every step of a journey but it seems they do. As a force of habit I have now found myself going through the same process when I get on the bus in Bristol. I feel it's best to be safe after all. In the last week I have been refused access to the number 30, 10, 19 and 73 as my jeans fall down around my ankles. I guess First Bus don't have the same security concerns as the Airlines do do.

With my short hour stop on Australian soil complete and plane re-boarded it was time to begin the longest leg of the returning journey the 15 hours from Melbourne to Dubai. I was sat in the same seat as before, with the same leg room available, the same films to watch, and the same jerky guy sat playing with his seat in front. I envisaged ways to get him to stop, each more dastardly than the next.

There's really not much I can say about those 15 hours, except it felt much longer. As those around me managed to sleep for long periods I stayed awake for the duration,  subconsciously counting everyone one of those minutes. As the plane touched down in Dubai at the end of that flight my relief that the big one was over was countered somewhat by the knowledge that I still had a couple of hours in that airport to go before my next flight would commence. I removed my watch, bared my soul and loosened my belt. At least it kept my ankles warm.

By the time I was seated on the next plane I had been on the go without sleep for around 36 hours and as we taxied along the runway in preparation for takeoff I finally succumbed. The roar of the engines, the thrust back into the seat and the thrill of taking flight on this, my last of 9 plane journeys over the months was missed as I slipped away for a minute or so, waking again shortly after takeoff as the plane angled steeply climbing to altitude.

After we had been airborne for a few hours I felt a bit nasally so I wandered off to the nearest toilet, locked the door, grabbed some tissues and blew a big one. It was a bit of a surprise to see the blood dripping from nose at such a rate and even more of a worry that after about 15 minutes or so it wasn't stopping. My white t-shirt had also been subjected to a little light splatter which to be honest, at that moment wasn't a real concern but the thought did cross my mind what on earth the customs officials would think if they saw that.

At some some point during the bleed I realised that I had also been giving a running commentary to those outside, muttering things out loud things like "Oh c'mon" and "Really, you got to be kidding me" as I tried to stem he flow. Nobody outside knew I was suffering as I was, and hearing a man seemingly coaxing one out for 15 minutes at 30,000 ft surely must have raised a few eyebrows. I left the cubical clean and tidy, folded several pieces of tissue into my pocket in case of  further problems and exited the cubical stage left before grabbing a jumper from the overhead locker and putting it on, hiding the small amounts of type 'O' from those not in the nose, you nose?

After 7 and a half hours we approached London draped by the expected grey skies, the rain hitting against the camera mounted on the tail of the plane displayed clearly on my monitor. After landing safely and departing the plane I made my way through the shabby looking corridors of Heathrow, negated the the smiley people at passport control, collected my baggage that I had last seen 32 hours before when I had checked it in at Auckland International and then made my way through customs and out into the main arrivals hall where I immediately set about finding the strongest coffee possible. Everyone was speaking Landon.

I followed the snaking corridors for what seemed like a mile towards the central bus station where I hoped I would be able to get a National Express coach to take me the final part of my journey, my bag seemed heavier with every step.  There are no travellators along this part of the journey which you may half expect to see as this is also the route you take for the interlinking rail to London. In many of the countries I visited these travellators would have been present to aid onward travel. You start to get the feeling that Heathrow maybe hampered by it's size.

As I reached the end of the corridor I turned and entered a lift to go down a level to the central bus station. The lift had 3 buttons in it, one for assist, one for the upper floor and one for the lower floor. As I stared blankly at the 3 buttons unable to choose which one was the right one to press it dawned on me just how mentally tired I was. Thankfully a lady who entered the lift understood where I was as, and as I explained the length of the journey I had taken so far she humoured me a little and pressed one of the buttons to take us to the correct floor. I honestly couldn't tell you which one she pressed.

The "queue here" sign i saw at the National Express coach desk was for train tickets only and it took me a short amount of time to realise there was another queue sign at the other end of the desk for bus tickets. The writing on the different queue signs were facing out in different directions so were not visible at the same time when approaching the ticketing area. It was good to be back in England. We can create confusion better than anywhere else I had yet been too and I wondered why we hadn't managed to shoe horn a queueing event into the 2012 Olympics. Or was that THE 2012 Olympics itself?

A ticket to Bristol cost just over £40 and there was a bus due to leave the station shortly. I continued to struggle through the tiredness, my 4 digit pin number doesn't seem to work when only 3 digits are entered by all accounts and the the lady behind the counter began to look frustrated as every time she put the card reading machine down on the desk she managed to dislodge my debit card and the payment process would have to be restarted again, and again, and again.

Those Landon ladies have heavy hands don't they? Hairy palms too.

Finally I boarded the bus, found a comfy seat with plenty of leg room and stretched out for the first time in over 30 hours of travel. I then sent a few messages to announce my arrival in the UK and drifted off to sleep before the bus had even left the station, stirring briefly once or twice over the next couple hours as the coach glided buttery smooth along the M4 towards my final destination. As we pulled into Bristol's not quite gleaming new-ish bus station I was looking forward to seeing family and friends, but not really feeling any real joy to be back. A divisive feeling of relief and disappointment which begged the question, where do I go from here? 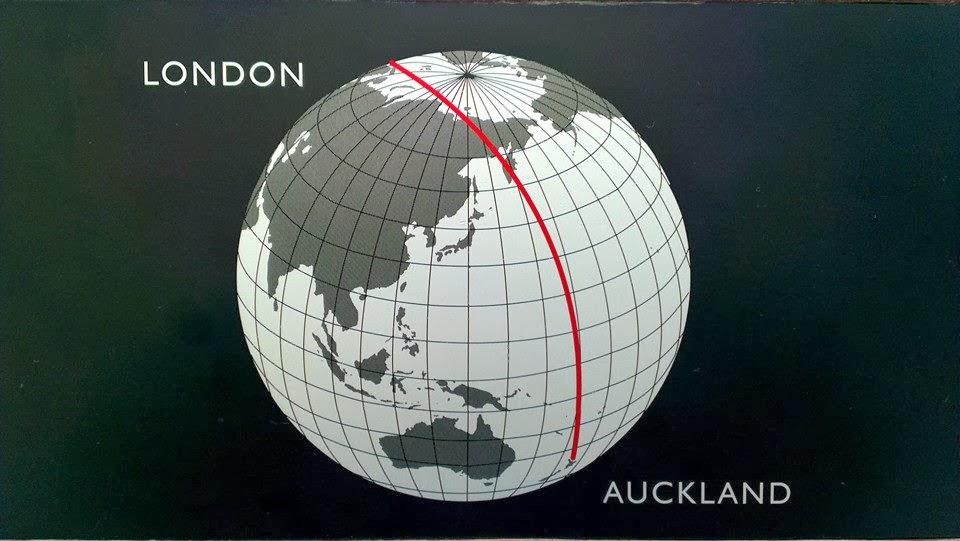 This final blog entry has taken over a week to write after returning as I struggled with the feeling of exhaustion though Jet Lag. The adjustment from being 13 hours in front of the UK in New Zealand still isn't quite there, sleeping some days for a few hours, and others many more, but all days finding my energy levels deteriorate quickly, leaving me drained and unable to concentrate on my tasks at hand.

I'm hoping now though that after 8 days I'm almost back to normal.

Of course, some people would argue that this maybe isn't necessarily a good thing. 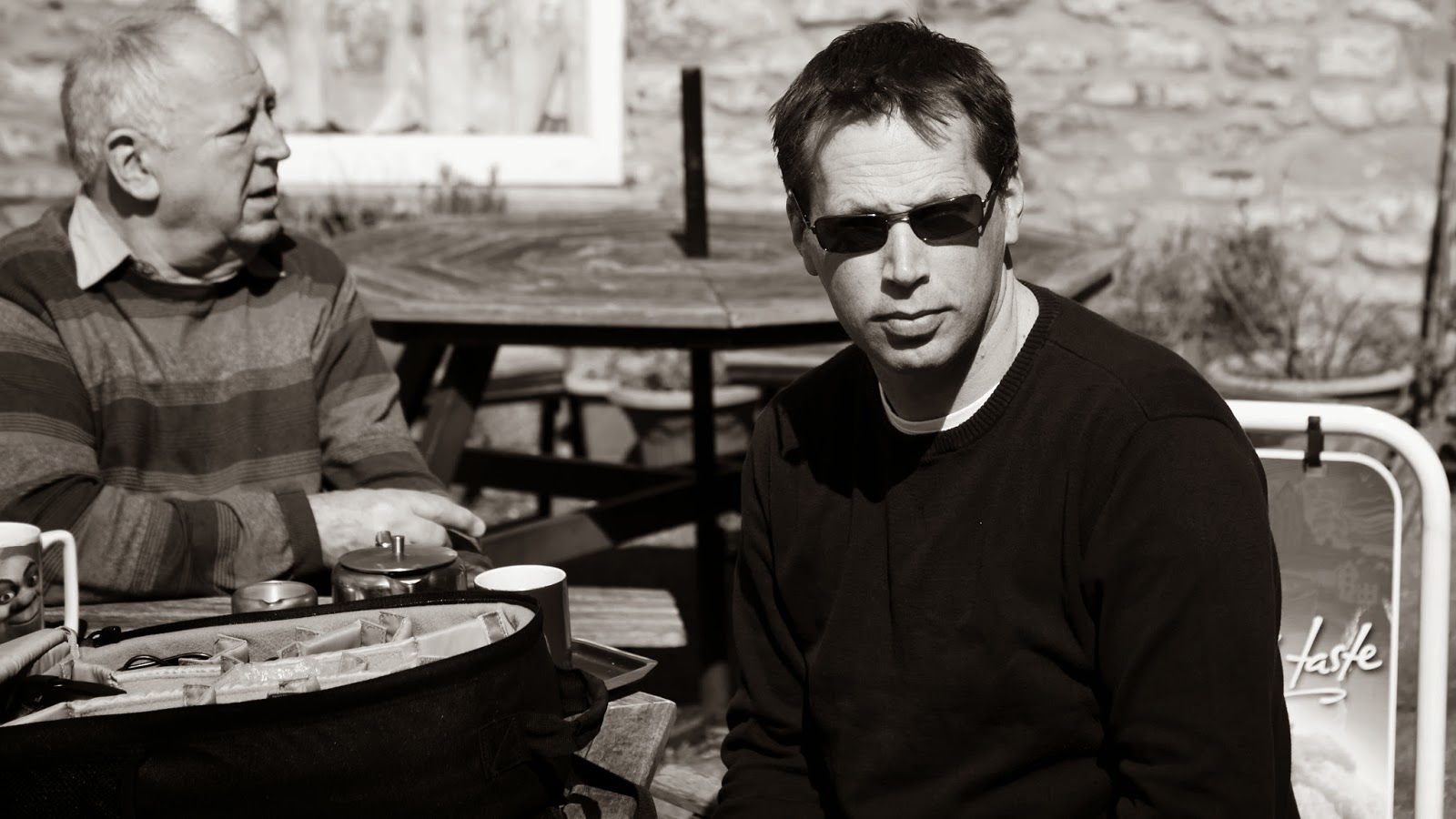 Posted by James Aitken at 00:55 No comments: