I spent the last few days of my time in Bangkok running around trying to get some final shots to wrap everything up, as well as watching a few more lb's drop off my weight on the scales. It had taken over a month for me to finally get a boost of energy in the conditions I was in, and now it was here I only had a few days left to make the most of it.

I didn't want to just run around taking pictures for the hell of it though. I had a few ideas for trying to translate the sensation of the city into visual form and wanted to revisit a couple of places to try and get more images of people and night markets but I was happy overall with the images I had. I wanted to make the most of my last few days in Bangkok on a personal level. I went to restaurants I hadn't visited yet, walked more places to see things away from the subway and MRT and took up jogging around the local park during the cooler bits of the last 3 days.

The park was close enough to the Hostel to be able to crawl back if needed, as even the cooler parts of the days were now still creeping over the 30 degree mark. The circumference around the lake in the middle was a measured 2k and I split my time between jogging, walking and drinking water. 3 or 4 laps around here at any time of the day was enough for any session, seeing the same faces multiple times and coming up with something witty each time on passing is tough work at the best of times for anyone gifted with wit. For someone like me without such a talent it was just impossible, but luckily the park itself was stunning. In itself it was pretty enough and interesting enough that it was hopefully able to distract attention from my lack of comedy prowess. No international crises's caused this time. 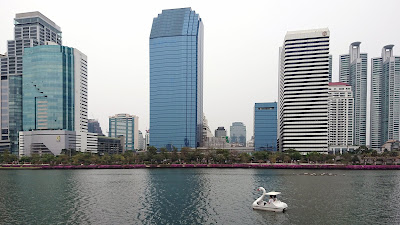 The night markets as ever were busy and I found that it only took a short period of time in quite intense surroundings before I was ready to leave them behind, bathed in sweat frome the heat of the environment and the heat in the food. Luckily each trip I took to any of these places had proved fruitful with multiple short visits building a good body of work between them. The 35mm lens I had purchased before I went to Vietnam had been worth the money that I had paid and had yielded some interesting results, responding well to what I had been asking of it. I had got intentionally blurry shots, motion shots, sharp shops and everything between. I had been going out with the intention of just getting a few more images before returning, but ended up with enough to spend a few more hours editing down after each trip out. As the saying goes though, you make hay whilst the sunshine's, and it turns out there was a hell of a lot of hay. 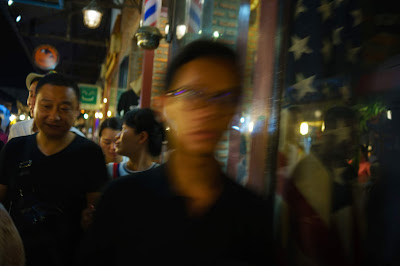 My job as I had seen in was to give a representation of Bangkok away from the idea that is often presented or thought of by those who have never been. There are seedier sides to Bangkok obviously, and as limited as these places are, at times it can be hard to ignore the areas which lie on main streets. when you are walking from point "A" to point "D".  One occassion a few days before I returned had me rethinking my entire project. I had chosen not to highlight this particular aspect of Bangkok as it's something I don't like and don't want to promote in anyway. When walking through one area lined with bars, well known food chains and expensive shops I was approached by one lady who looked at me said something to me I didn't hear initially. On removing my earphones I asked her to repeat what she said and she just repeated "I come with you?". This wasn't your "Pretty Woman" idea of a prostitute. There was no glamour. This was a plain, normal everyday looking, perhaps middle aged lady asking to come with me, but it's hard to describe the look in her eyes. Part desperation, part lost. As I told her sorry, as pleasantly as I could, I walked away wondering what else it is I could do? I left her to her own fate past a smiling thai chap who was sat against the railing watching the seconds events unfold. I thought about whether after all I had done, my project was being true and I still think about this. Above this though I still think about what I could have done differently and I still don't know.

I'm not sure I ever will.

There's still a lot to like about Bangkok and Thailand. But this moment changed everything for me and I don't know how to present this, or whether it needs to be presented at all. But I fely I was pretty much done now. 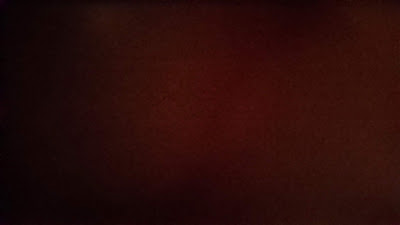