I am sat in a familiar haunt in Bristol, although admittedly it's not a place that I frequent as much as I once did. The Watershed Cafe on the harbour has changed very little for about as long as I can remember. It has the same wooden floors, mostly the same style of seating and retains the same laid back atmosphere as it has done for many years, only going a bit wild a few years ago to introduce some benches that now allow for larger groups of people to comfortably sit together without rearranging the furniture. No one wants to hear the dragging of tables alongside older bones creaking and cracking, not when you are settling into a nice cup of cha with a crisp copy of The Guardian anyhow, and especially not on a weekend. What it does have here is a reliable Internet connection though and it's for that reason that I am now hunkered down in here. My MacBook is fried and is currently on life support linked up to the World Wide Web whilst I have attempted to clear everything down and am attempting a reinstall of the operating system in order to try and breathe some life back into this thing. 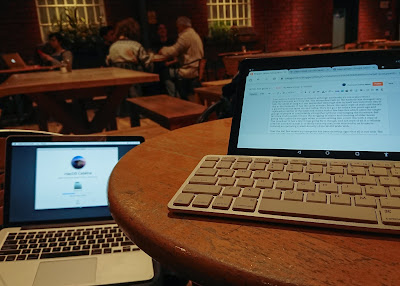 Over the last few weeks my computer has been showing signs that all is not well in Mac World. This model is a late 2013 MacBook Pro 13" and I have nursed it through several trials and tribulations over the years, from noisy fans to a glitching keyboard via a couple of display and connection issues.  If anyone tells you that MacBooks are bulletproof I can assure you from painful experience that they are far from this. This...thing has been a proverbial pain in the arse at almost every juncture of it's existence with me, but it's latest problems could well see it taking a trip to the electrical knackers yard before too much longer. Everything on it has noticeably slowed which has forced me into this current line of action, a last ditch attempt to see if the latest updates that had been installed from Apple had forcedly crippled it somehow. It's getting on a bit now after all.

And then there's the speakers. The suddenly and for no apparent reason, blown speakers. Never played loud and kept in a dry, clean environment, it's difficult for you not to think that there is something a bit whiffy going on when seemingly inexplicably after an update everything starts going to tits.

So the MacBook has proved itself to be many things in our time together, but unfortunately bulletproof hasn't been one of them. I just want it to last a little bit longer but god damn it Jim, I'm a blogger not a miracle worker.

The thing is that a new Mac is expensive, prohibitively so at the moment and it's hard to justify the cost of a machine that has lost many of the features which I have found to be useful in the past. USB-C still isn't as widely used as it was maybe intended to be years after it's introduction and to have a machine with out one still means that you are going to be forever reliant on dongles. Also on the new machined there is no built in HDMI socket or SD slot for easy connectivity and yet somehow the price of a like for like model has now ballooned into Hindenburg proportions despite the removal of many of it's useful features. The one thing, and I mean the one thing that even makes me contemplate buying another one of these things again is the operating system. The Mac's biggest selling point at the moment is that despite everything, its flaws and its shortcomings, It's not being shackled by running bloody windows.

That's hardly a glowing endorsement of a product, and to be honest, I'm not sure that it's going to be enough when the time comes to give up on the late 2013 and replace it. When I leave the U.K I will be in need of something that is light for travel, with a good battery life and a good display. Something powerful enough to edit photos and video on and permit me to write up a blog or 50 without fighting me every step of the way. 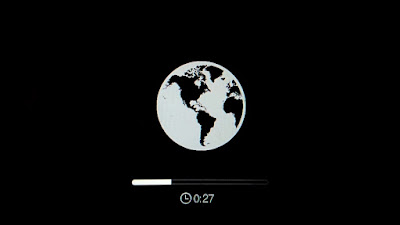 Posted by James Aitken at 21:17 No comments: