But mine is taking a long,  deep breath.

I had been writing a blog post recently that was detailing the baby steps that I was taking towards formulating a plan for further travel. I covered things off such a the hunt for a new bag to replace the one that failed on my last trip to Bangkok (replacement found and brought), the search for a pair of shoes that match the Merrell's that took me around Asia and in between from 2013 - 2016 (nothing coming close) and the renewal of passports, bank cards and the like that would be close to, or be set to expire if I left these shores for more than a few months.

I had been looking at potentially embarking on doing a CELTA course in Chiang Mai in the north of Thailand in November and this would have fitted in with the small things that were starting to take shape. Moves had been made to return to my old place of work for short period, providing them with a couple of months holiday cover for my old department whilst affording me a little breathing space to sort out everything that I would need to sort out before departing, The CELTA course would give me a good grounding in the fundamentals of teaching English abroad and even if this form of teaching wasn't something I carried on persuing, then I'm sure that it would provide transferable skills that I would be able to make use of in one way or another.

And then I received the letter.  During the process of renewing my driving licence I had been subjected to a test which checks the field of vision left in your eyes. I have had extensive surgery on both my eyes, but for the last 10 years or so everything has been stable with no changes detectable or signs over this time that things were going awry. I have successfully renewed my licence maybe 4 or 5 times since the last bout of surgery took place, this time however, I received a letter telling me that I had failed and therefor, my licence would not be renewed and I would no longer able to drive. 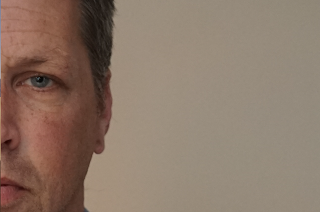 It was as though time just stopped as I read the letter through. It still seems a little unreal. With Diabetes you kind of live with the risks, and perhaps the knowledge that things can go wrong, but you do what you can to  keep going along, trying to stay fit and healthy.  You hope that you can go on as long as possible without it chipping away at too much of you. You just do your best, but as my old doctor once told me, It's liking running a 4 star engine on 2 star fuel. "It will run for a bit" he said, "but eventually..."

So now things are on pause, maybe indefinitely so (although I obviously hope not.)

I need to get my eyes checked thoroughly to see if there is an underlying reason for the visual change. I do have a slowly forming cataract in my left eye, but that may or may not be the root of the problem and it's something that in itself, doesn't cause me too much of an issue in my day to day life. It may even have proved to have been a benefit over recent years as it allowed my right eye to become dominant and take control. The laser treatment that I had some years before in both of my eyes meant there was a conflict between what that left and the right eye saw, the image no longer perfectly marrying up, and the process of deciphering that information could and would often lead to dull headaches, intense headaches and the flashing spotted migraine.

There's nothing I can do now but wait, have a beer and suck in some deep breaths, obviously hoping that it might turn out o.k 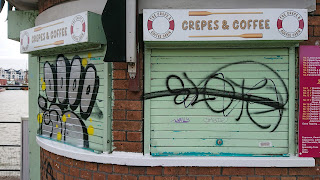 But time will tell of course.